HELENA,MT-JANUARY 31-Wilmot Collins, the newly elected Mayor of Helena, Montana takes a selfie with his wife Maddie (c) and his sister, Precious (l) , who is visiting from Liberia. 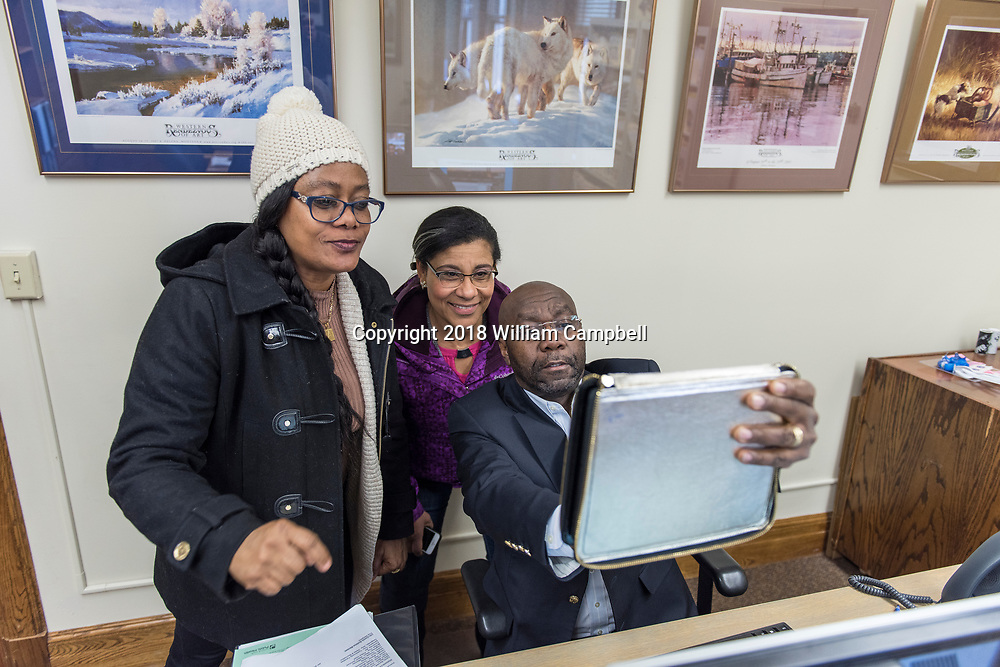