HELENA,MT-JANUARY 31-Wilmot Collins, the newly elected Mayor of Helena, Montana at home with his wife, Maddie, going over stacks of mail that he has received since his election. 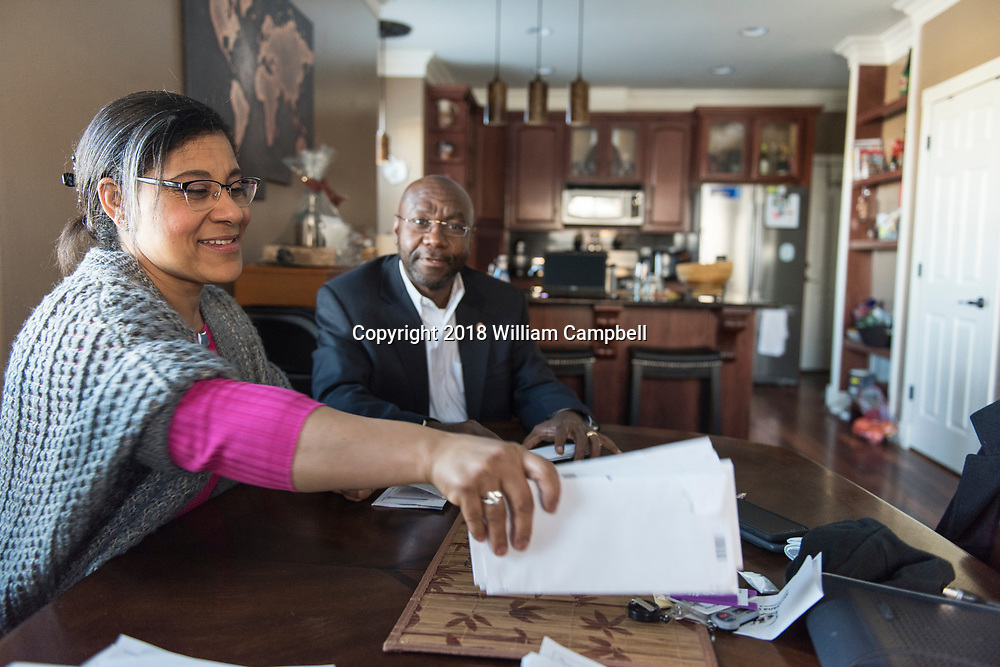