HELENA,MT-JANUARY 31-Wilmot Collins, the newly elected Mayor of Helena, Montana visits with Bruce Nachtsheim at his Agri Feeds store in Helena. Bruce and his wife Joyce helped the Collin's in their journey from war torn Liberia to the US. 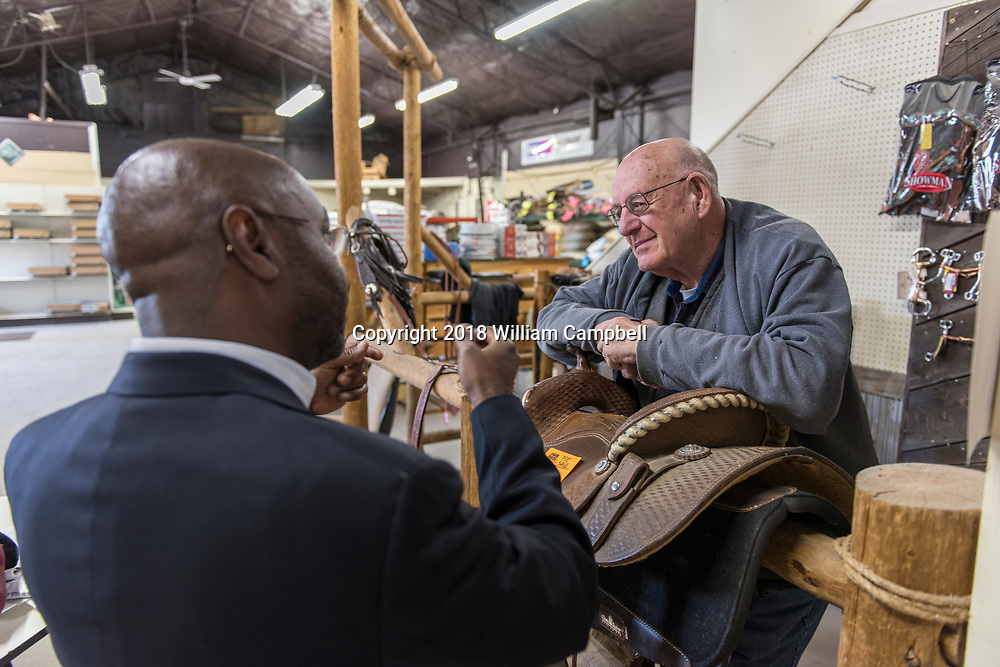