HELENA,MT-JANUARY 31-Wilmot Collins, the newly elected Mayor of Helena, Montana listens to a colleague while attending a public health meeting during his first month of office. 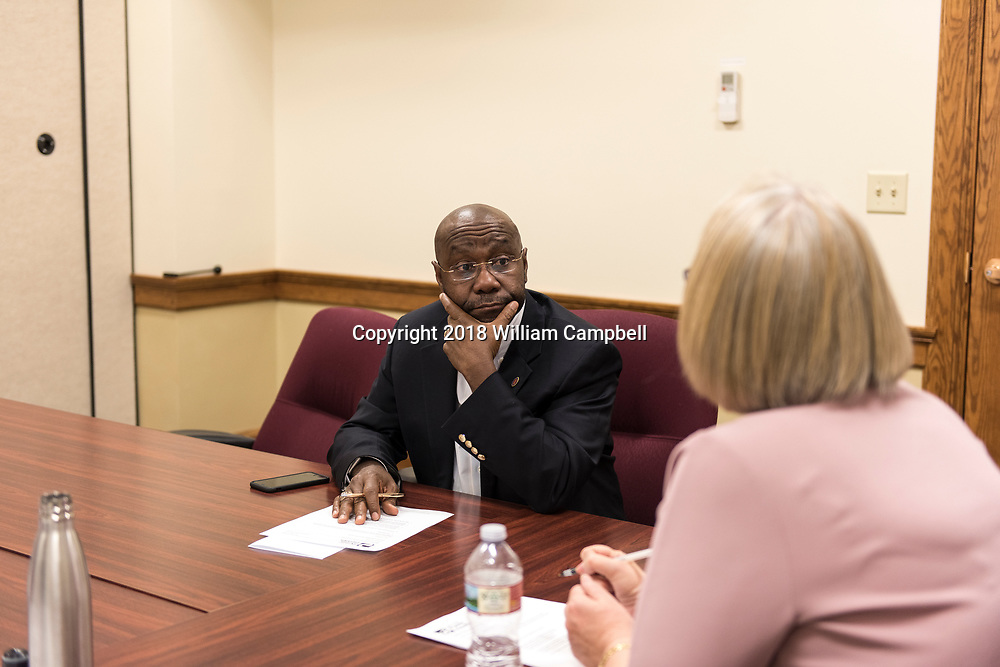